Which is Worse, Death or Taxes? 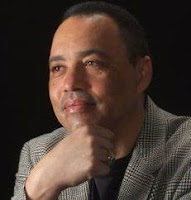 Monday night I completed my 2011 IRS tax filing. Yup, I waited to the last minute -- just like the rest of the world did.
Oh sure…I had all of the latest tax software to help me get the job done. Still, I waited to the last minute. When I do my taxes, I always think about the famous speech made by Patrick Henry. You know the one; from your history class. “Give me liberty or give me death!
What I think about liberty, I think about taxes. When I think about death, I think about taxes. Thinking about the loss of liberty, and it makes me think about death. -More about that in a minute.
While going through my e-mail today, I found a great article by Brett Arends. In the article, Brett gave 10 reasons why people hate doing their taxes (and I’m certainly one of those people that hate doing the taxes). Of course, there’s all the paperwork. The Schedule A;  Schedule B, C, D, E, Z…and on and on.

By BRETT ARENDS Have you got your schedule C in order? Have you hunted down all your receipts? Have you made sure to count the depreciation on your laptop and the percentage of your cable bill attributable to your home office expense? And what about those education credits?After all, it's not like you have anything else to do, right? It's lucky it's all so easy and painless. Ha! Everybody hates Tax Day, which comes this year on April 17. And so do I. But not for the usual reasons. This is the time of year when everyone seems to scream about just how much the federal government is costing us all. Weirdly enough, that's not one of the things that really gets me. It's the things that apparently no one else -- at least no one else in the media -- seems to notice.The U.S. tax code is insane and out of control. It's tripled in a decade. It now runs to 3.8 million words. To put that in context, William Shakespeare only needed 900,000 words to say everything he had to say. Hamlet. Othello. The history plays. The sonnets. The whole shebang. But the IRS needs four times as many words? Really?

I will say that the IRS has come a long, long way. Nowadays you don’t have to deal with the paper schedules. You can just do it all online and transmit your taxes over the Internet.
Still, if you’re person like me, you have several sources of income from several different companies, organizations and projects and you have lost the receipts. Then there’s all that paperwork. Keep the numbered receipts—makes me just want to throw my hands up and just give all of my money to the government --almost…

Going back to the colonial days, the early settlers rebelled against taxation. In many ways, taxation was the actual fire or the spark that lit the Revolutionary war. The early colonists resented having to pay heavy tariffs and heavy taxes to the motherland. [England]
Remember Paul Revere?  Riding his horse through the night yelling, “The British are coming; The British are coming.” And of course, who can forget, the Boston Tea Party. Tea was as vitally important as coffee is today. The Early Americans, rather than pay heavy taxes or tariffs, they decided to attack the merchant ships and dump the tea into the Boston Harbor.
Truth be told, the Early Americans resented paying taxes because they did not have the representation that goes along with paying taxes. In other words, they had no say in how their tax money was being spent. Today, we have lots to say about how our tax money is spent.
We have elected leaders who truly listen to what we have to say about how we spend our tax dollars. Although they listen, they don’t necessarily follow our feedback. In many cases, rather than having the legislative leaders work for us, it seems as though we work for them.
I’ve even heard it said that after a number of years of working in Congress, legislators have a pension drawn for the rest of their lives. Not to mention the lobbying activities that they get into after it’s their public service time has ended. They give speeches that earn them anywhere from $5,000 to $25000 per speech. Not a bad way to earn a living. Ya think?
So when I do my taxes, I always think this is a fate almost as worse than death. Now I understand why CPAs jump out of perfectly good airplanes. Perhaps next year I’ll have a CPA to do my own taxes because I can’t stand it any longer. Yet all I’ve often heard is that you can visit the CPA to do your taxes. But you have to have all the receipts all of your books and all of your expenses all lined up so they can just simply transcribe your legible notes into their software and voila’ --print out your taxes. Hey if that’s the case, why do I need a CPA?
I once met a millionaire who told me that paying taxes is a privilege. He said that although we do pay a lot of taxes here in the United States, in other countries, the tax rate is much, much higher! Take Great Britain for instance. Their tax rate is almost double what ours is here in America. Another thing about taxes is that there’s something called a death tax. [actual name is estate tax]
Property or the assets are passed on to the heirs and at a high taxable rate before the heirs can receive the benefits of this state, a taxes levied. And oh, what a tax. It is. My millionaire friend said that paying taxes is a privilege. He said that by paying taxes, this is a surefire sign that I’m making money. He said that poor people don’t pay taxes. Well, that’s not true. Poor people pay a higher percentage of taxes from income then do rich people. Why, because they don’t have as many deductions. So I guess by paying taxes or have a tax bill means that I made some money. Right?
So there you have it, my 2012 rant about doing my taxes. Well, there is one good thing that came out of it. I beat the deadline and therefore I won’t be going to jail.  On second thought, at least I could get free room and board, three square meals a day and will cost me nothing to stay a few months (years) in jail. That’s an idea. Skip paying my taxes, go to jail, and live free! Hmmm…?

Being Encouraging Don’t Mean Being Religious

When people see or hear about the EncouragementGuy! or visualize the word ENCOURAGEMENT, there is an automatic connection to religious. Is this my intent? Absolutely NOT! Of course, religion has its place, but not here. To encourage, while indirectly associating with church and religion, is nothing more than lifting up one another.


Within this radio podcast episode, I dispel the myth that “Encouragement Radio” is a Churchy-Program. Listen in and share your comments via iTunes, this pod-site, or pop me an email @ Andre@Encouraging-People.com. Enjoy… http://www.blubrry.com/encouragementguy/1356527/being-encouraging-dont-mean-being-religious/