Why Work is Called Work 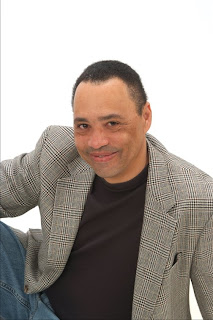 Tonight’s topic is all about work. Work is such an important part of our lives. We probably spend the great majority of our lives…to think about it we spend say one third of our lives sleeping. Maybe out of that, we have two thirds leftover. Two thirds, at least, we are eating and then that leaves the rest of it for work.

Now that we’ve established that work is such a vital part of life -- but it is also a part of our culture as well as a part of our psyche. If we go back to the Bible days, it was destined that we toil and labor. It’s almost as if that was out of punishment, given by the Creator for the transgressions of Adam and Eve. In this 21st century, not many people work – - really- really hard. These days, machines and other devices help with manual labor. But almost everyone is working -- or almost everyone is engaged in some activity that is producing us a service or product for others. Of course, at the same time, they provide themselves and their families with some degree of financial stability. It’s a financial resource and that’s so important.

I have had a rather rough time at work lately. It’s not because someone mistreated me or management is not engaging. No, this is all about me and all about the toughness or the difficulties (or the challenges, for lack of a better word) experienced in my work. For the most part, it’s all good. But there’s a production standard and Andre the Encouragement Guy! has had a rather rough time just to meet that standard.

Within the last seven business days, I’ve met my production goals. How? Because my boss had a personal conversation with me; she let me know what was what…and I appreciated that. I think once we know we stand, we step up to the plate -- or we step out. As Viktor Frankl once said, “What doesn’t kill me makes me stronger.”
Work is a great thing! I believe that work is a true benefit for us. So deep is my belief in this principle, that I’m a member of the Supreme Court Justice Thurgood Marshall Club –Justice Marshall retired from the bench at the young age of 87. That doesn’t mean that if you work, you live forever to become immortal. It also doesn’t mean you shouldn’t look to enjoy your life in Spain. Life is what it is…that work is more important to our livelihood, beyond that of the financial.

Recently, I saw a man on television; and he retired in his 50’s. He found his life purposes by travelling to India to learn from the great masters. They told him to find and champion a cause. He took to his grounds (grounds is an English word for his property) and he decided to make sculptures…just for no reason at al. There have been some pretty famous people, coming from all over, to see his flat in Britain.
Create or Die was a quote chiseled into one of many statues. For me, the day I cease to work, create, and produce, is the day I cease to be. I Die!

--To learn or hear more about this topic, go to my podcast radio show to stream or download this episode...

I want to be cool like Obama. When we look at him, we see someone who always appears to be cool, calm, and collected. If you think about it, that’s really the way you want your president to be.
Come to think about it, if we had a hothead for president, I shudder to think of what consequences we may face as a nation. Suddenly we would have several years of wars on top of wars on top of...That’s why I truly admire president Obama.

Presidents should all be Cool as Cucumbers. Coolness is a common trait among presidents. And not only with Obama, but George W, as well as his father, George H Bush, all showed signs and traits of great restraint. Restraint is what happened to me this past week on president’s day.

I was taking a walk, and saw a large dog attack two small children and their small dog. So there I was; with one look at the dog looking at the kids—screaming. Not knowing what was going to happen -- there was this big vicious dog -- tearing into this small poodle or yorkie or whenever.

In my mind, this dog was going to chew into the little dog’s spine. I was thinking that he was gonna attack my wife. So what I do have? A stick in my hand and I waved and yelled. Breaking the stick on the ground and ready to do battle with this dog, he knew that I was scared. But I was so scared, that I was going to seriously hurt him! And so, he pulled away and ran.

At that point, my wife started taking care of the little one. I went to the owner’s house, rang the doorbell, and finally came to the door. “Your dog is out and also killed the little dog.” He starts calling me every name in the book…even names I hadn’t heard before.

So this guy goes on and on and on and on; and just threatening me. To make matters worse, as I was moving up the street, he began following me. “You should call the police!” Because my thoughts were: his dog was out, the fence was too small; plus, he had wired it into an electric fence. Cursing at my wife and threatening her; I said, “Hey wait dude – stop…don’t attack my wife. Don’t curse at my wife!” That is a game changer. “Curse me all you want…but not the wife.” As crazy and stupid as he was, he did take my advice. Then, he started doubling up on his verbal assaults of me.

So then the police arrive; a female and a male. The female cop, got his version first, and then they came over to me and the misses. But did they really didn’t talk us; they lectured.

A third officer, a supervisor, came over to me and said, “Well that dog and the [little] dog play together all the time.” I knew today, they were intent on taking somebody to jail that day. I was intent on it not being me. So while they were lecturing, I just went to a zone.

I went somewhere else in my mind. After concluding their 10 minute lecture, they said I was free to go. So there I was--doing the Good Samaritan deed. The mother of the two children and the owner of the little dog were very grateful. Yet, her level of response was inappropriate. She didn’t go off; but I learned something from that. And what I learned is this: how to be cool. During the whole time, I kept thinking like…some people think about, ‘what would Jesus do?’

What Would Obama Do?

I can identify with a president, be it President Bush (the first one), Reagan, Jimmy Carter, or Bill Clinton-- and not to mention our current president Barack Obama, as well. The traits of all these individuals are cool under pressure. Since Obama is the sitting president, I started thinking about what would Obama do? Holding onto that, and freezing that moment, I just waited to see if I could channel him.

So in a nutshell, I just took a moment, and pretended that I was President Barack Obama…as a private citizen. I began by cooling my thoughts, calming down, and began to feel cool under pressure. And it worked -- because as I said previously, these officers came to lecture and to make an arrest. To this date, I was not arrested. I did not give them cause to arrest me (not that they needed a cause…) all because I decided to be cool like Obama.

So with the presidential election coming up (and this is not a political speech), I would say that whomever will be our next president -- starting in the year 2013. Whether it’s the incumbent, Barack Obama, or one of the other challenges (Mitt Romney or Rick Santorum, or Newt Gingrich, or whomever), it is my hope that that individual will act and govern and behave in a way That’s COOL Like Obama.
Posted by EncouragementGuy! at 3:00 AM 0 comments