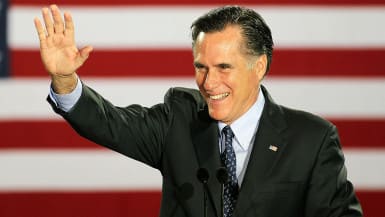 Family, the month of March is over. And not soon enough. All this month, we’ve been bombarded by the media coverage of it and see AA basketball tournament final eight conference title. Not only that, the Republican Party have been jockeying and working to vet their chosen one. The chosen one. It looks like we’ll be Mr. Mitt Romney. And lastly, the sensationalism of it all – courtesy of the American popular media.

The term March madness, dates back to the year 1908. It was in the great state of Illinois, that the basketball tradition started. The tradition being just to have eight or 900 basketball teams by for the top honor.  Sadly, that tradition has gone by the wayside. As with all other things, traditions morph – the latter having no semblance to its original self.

"March Madness," the term used to describe the excitement surrounding the Illinois state high school basketball tournaments, first appeared in print almost sixty years ago. It was coined by Henry V. Porter, who started his career as a teacher and coach at Athens High School in central Illinois. In 1924, Porter led the Athens boys basketball team to a second-place finish in the state tournament. He later served as assistant executive secretary of the Illinois High School Athletic Association (from 1929 to 1940) and executive secretary of the National Federation of State High School Associations (from 1940 to 1958).
Porter, who edited the IHSA's journal, coined "March Madness" in an essay that appeared in the Illinois High School Athlete in March of 1939. Soon thereafter the nation was plunged into World War II. The drama of March Madness provided a unifying force that brought the entire state together, and Porter again commemorated the event, this time with a poem, "Basketball Ides of March," which appeared in the Illinois Interscholastic in March of 1942. [excerpt from the History of March Madness ~ http://www.winchestermarchmadness.com/march-madness-history.html]

The last time I checked a team from the state of Kentucky was one of the final four contenders for the national title on the women’s side, Baylor University, and the Lady Bears were predicted to be one of the favorites to take the woman’s title this seems as though almost all of the sports and Regalia are of March madness is driven by the American popular media. Be it radio, television, newspaper and of course the Internet.  I don’t know about you, but I’m sick and tired of this March madness stuff.

Now, March isn’t all that bad. For instance, there is the traditional spring break. Spring break on the collegiate level means heading south of the border to a hot, warm destination usually would. There is plenty of water women and beer. Another thing I like about March is it marks the beginning of the season of spring. And sadly, March is also the pinnacle month for the national presidential primaries. Just four years ago, the Democrats were Duking it out amongst themselves. In the far corner is the newcomer, Barack Obama. And in the other corner not a newcomer a relatively new face, a pretty face, Ms. Sen. Hillary Rodham Clinton. My my my, how things have changed. Now the shoe is on the other foot. It’s the Republicans who are now duking it out.

Mitt Romney is the favorite to win the Republican presidential nomination for 2012. Yet his challengers are persistent. His closest competitor is the former Pennsylvanian or Sen., Mr. Rick Santorum. Another long time presidential hopeful is Congressman Ron Paul. And lastly, the man who was left for dead; print predicted to be dead; won’t die; can’t die; and, quote how dare he ask me, these type of questions in a presidential debate. Do you have no shame?” Rachel Maddox said it, that every time Newt Gingrich gets into a tough spot, he is quick to blame the media.

At the risk of endorsing one particular presidential candidate over the other, I do wish that the Republicans would simply get on with what they already know, as well as we also know, that the 2012 Republican presidential candidate will be -- must be -- can be -- shall be -- Mitt Romney. As a matter of fact, the Democratic National Committee is banking on Romney to take the Republican nomination. Why? Because they built their entire political machine around his eventual Republican victory. But as they say in the opera house, it ain’t over until the fat lady sings. [Or the fat man].

And so, my readers of this blog, please join with me in the celebration of the end of March madness, and the beginning of the month of April. Until, next year, that is.
Posted by EncouragementGuy! at 2:00 AM